Publicity: Mentioned in a few newspapers (2000) plus an interview in a local health magazine (2014)

The current timeline started on 22/12/2018, before I used the previous timeline, which goes the other way around, from bottom to top backwards, the other way around than this currrent timeline where the latest information is always placed on top. That former timeline started about a year ago – rough estimate – just photos and with a LEGO car for someone who wanted to learn driving backwards with a trailer. Playing with LEGO Technics was my most beloved activity in my childhood, and this was a nice opportunity to make such a car again! The website itself is online since 1998, and has had many different shapes.

About navigating in this site: Sometimes it’s a little difficult. The reason why is that the website is half WordPress, like this page, and half HTML from the earlier site, now called archives. Switching between the two ‘websites’ expires not always logical. I will try to fix this soon, actually I have no idea yet how to solve this problem, excuses for the sometimes difficult performance of the whole. The old HTML section so now called archives, is actually still extremely useful to put large amounts of images into ánd to display these in their original sizes and formats. WordPress on the other hand turns out very practical to integrate text. That’s why I made this choice to combine the different systems, with the current setting as the result. 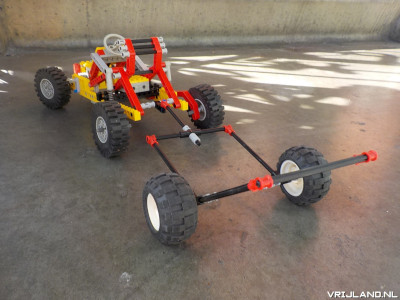